The alleged torture, murder and dismemberment of journalist Jamal Khashoggi, widely believed to have been carried out on orders of Saudi Crown Prince Mohammed bin Salman, may put a crimp in Donald Trump’s plans to escalate his aggression against Iran.

Saudi Arabia, the United States and Israel are unified in their hatred of Iran, albeit with different motives. Iran has been in the crosshairs of the United States since the 1979 Iranian Revolution overthrew the vicious, US-installed puppet Mohammad Reza Shah Pahlavi; indeed, in 2002, George W. Bush initiated Iran into his “axis of evil.” Saudi Arabia, home to the two holiest Muslim sites, sees Shiite Iran as a rival for regional hegemony. And Israel considers Iran an “existential threat.”

“Trump administration officials and outside experts said that possible repercussions on an elaborate plan to squeeze the Iranians have dominated internal discussions about the fallout over what happened to Mr. Khashoggi,” David Sanger reported in The New York Times.

The allegations against the Saudi crown prince “have already had an effect” on Israel, “effectively freezing the push to build an international coalition against Iran’s regional influence, the top priority for Prime Minister Benjamin Netanyahu,” Ben Hubbard and David Halbfinger, citing “analysts,” wrote in the Times.
White House officials are worried the mushrooming crisis with Saudi Arabia could “derail a showdown with Iran and jeopardize plans to enlist Saudi help to avoid disrupting the oil market.”

Trump Ramps Up Actions Against Iran
Following the dangerous and foolhardy withdrawal from the Iran nuclear deal — the Joint Comprehensive Plan of Action (JCPOA) — which pleased Israel and Saudi Arabia, the Trump administration is slated to announce on November 5 that companies doing business with Iran — including purchasing oil or making investments in the country — will be forbidden from doing business in the United States. The imposition of these punishing sanctions would result in a full embargo of Iran’s oil.

Trump will need Saudi military and political cooperation if, “as threatened,” Iran retaliates against his oil embargo by taking “reciprocal, physical action to halt Saudi and Gulf states’ oil exports via the Strait of Hormuz in the Gulf and the Bab-el-Mandeb strait, at the mouth of the Red Sea,” Simon Tisdall noted in the Guardian. “If this crisis point is reached, escalating confrontations across the region cannot be ruled out.”

The Trump administration is relying on Saudi Arabia to pump extra oil once Iran is out of the market. But Congress is considering whether to punish Saudi Arabia for the Khashoggi case.

“To penalize what the Saudis care about most – oil revenue – would be to undercut the Iran policy and send the price of gasoline and heating oil significantly higher, just as winter approaches,” Sanger noted.

Richard N. Haass, president of the Council on Foreign Relations, told the Times, “It’s a neat trick if you both sanction a country and partner with them at the same time,” adding, “it’s not easy to keep the focus on Iran’s behavior when the Saudis are doing terrible things to journalists and dissidents, and bombing children in Yemen.”

The Khashoggi murder has shone a spotlight on the commission of Saudi war crimes in Yemen, aided and abetted by the United States. In a New York Times opinion piece, Sen. Bernie Sanders called for ending US military support to Saudi Arabia. But Sanger cited administration sources as saying, “the issue of limiting American arms sales to Saudi Arabia, which Mr. Trump has said would threaten American jobs, pales in importance [to the plan to squeeze Iran].”

Meanwhile, Trump continues to rattle the sabers at Iran.
More 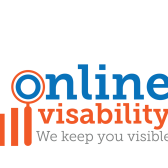